My child is particular about things. S/he sometimes keeps crying for an hour or two until s/he can do something s/he wants to do. Now s/he goes to a Medical (Ryoiku) Center, a public institution in the area which provides medical care, nursery and training for children with special needs. On choosing the kindergarten, the professional at the Center told me, “Kindergarten is a preparation period for the primary school, so somewhere with a good curriculum would be better.” But as a parent, I would like to send him/her to a free-style kindergarten where his/her sibling used to go. Which do you think would be better? 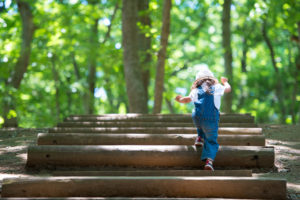 Professionals tend to classify such a child as having a developmental disorder. You must hear only half of their stories and judge for yourself as a parent for the rest. The parent’s judgment should be at the center and you should just take the relevant and helpful part of the professionals’ opinions. If you think an opinion does not fit your child, you should reject it. This is the role of a parent.

A parent is the guardian of a child. Professionals would never be your child’s guardians. They may tell you, “Your child would be in such and such trouble in the future,” but they won’t be responsible for your child’s future. So, you, the parent should listen to the advice from the professional and decide what is actually useful for your own child. You need to trust your child right in front of you.

A child who is trusted by his/her parents would be confident. When the father or the mother believes, “My child is growing up, understanding, and is able to do things in his/her own way, so s/he is all right,” the child would be very much confident. I would like you to be conscious about this, too.

On the choice of the kindergarten, a free-style kindergarten would be better for a child who is self-assertive and has a distinctive personality. In the free-style nursing, your child would try out what s/he wants to do and learn the limit as to what is not good to do.

In a kindergarten with a set program like a school, your child would become rebellious. An adult would also want to get free if s/he is restrained. If a child is not restrained, there would be no need to free him/herself, so s/he would settle there. I believe a free child with a unique personality should not be put in a kindergarten where they tend to restrain the children.