This article is an extract from the lecture and consultation “Ask Dr. Wahaha! How to think and respond to children’s illness” held in 2018. Japanese original, and English and Chinese translations are available.

Babies are protected by intestinal bacteria

A child is born with very strong natural healing power. Its immune system works very effectively especially right after birth. You may have heard that a baby up to 6 months old rarely develops an infection. It receives antibodies called immunoglobulin from the mother, which run out about six months later. It had been said that a baby would catch various diseases from that point on, and produce antibodies against them on its own.

However, a baby born by Caesarean delivery does not get in contact with many bacteria at birth. So, how does it take in bacteria? The baby takes in bacteria around the mother’s breast when it is being breastfed, or it takes in bacteria when sucking its thumbs and fingers, or licking things around. So, it is important for a baby to suck thumbs and fingers and lick various things. Some time ago, mothers used to wipe around their breasts with alcohol before feeding their babies in order to make it hygienic. But today, we believe that mothers should not do that. By drinking milk from breast, a baby is taking in bacteria on the breast. Licking alcohol is probably a more risky thing for a baby to do. There is even a story in the book written by two American bacteriologists, a married couple, that when the wife delivered their child by Caesarean section, the husband wiped off the vaginal discharge of his wife and wiped it onto the skin of the baby. This story shows that it is now believed that babies are protected by intestinal bacteria. 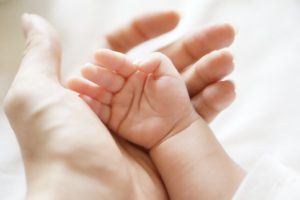 Helicobacter pylori has good sides, too

Recently it was on the front page of a newspaper that even young secondary school students now take tests for helicobacter pylori (HP). It has been said that HP is something bad, but actually it has some good effects. For children, it is more useful than harmful.

About 5 % of the children nowadays have HP. Only 5 children out of 100 have HP. When people become older, about 60 to 70 % of people in their seventies have HP. Those who believe in removing HP say that they want to reduce the children’s HP rate from 5 % to zero. However, an American researcher of HP called Martin Blaser has said that it would be a serious problem if HP disappears.

HP is a type of bacteria that has been inside our bodies for at least 100,000 years. How could such a bacteria be not useful if it has been there for such a long time? HP has good effects and bad effects. Since the bad effects were found out earlier, the good effects have not been well mentioned. Doctors earned money by removing HP, so they have stopped telling that there are some downsides in removing HP.

As you can see, there have been a lot of researches on the disease-causing bacteria until now, but we didn’t have much knowledge on the bacteria that are beneficial for us. If we are able to see bacteria with our eyes, the earth’s surface would be covered with bacteria, and number-wise, they would equal to the number of the stars in the whole universe. You may not be able to figure out how many that is, but there are just countless bacteria, and only a few, few amount of them causes diseases. For example, the surface of the desk is full of bacteria. But if you lick it, you never become ill because there are no disease-causing bacteria among them.

Dr. Yamada is a pediatrician in practice for more than 50 years, currently the head of Hachioji Chuo Clinic. He graduated from the University of Tokyo, majoring medicine. He is the representative of National Pediatrician Medical Network to Protect Children from Radiation and also a co-editor of a childcare magazine, “Small, Big, Weak, Strong”.

Known as the friendly doctor in town, he strongly supports parents with young children and believes in “living freely with laughter”. He has written numerous books ranging from childcare to picture books, including pediatric books for first time parents, a book to read before giving a child medication, a dictionary on raising children, and a from-head-to-toe picture book for first time parents.