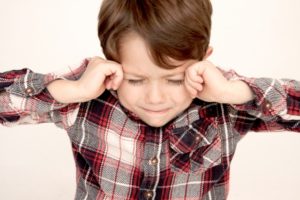 Children keep going to school with anxiety and tension

All children know that of course they should go to school everyday. But they are suffering from various issues when they become unable to do so. Some are bullied by peers. Some are scared of instructions from teachers. The latter reason is often heard in kindergartens and nurseries.

Children are protected at home on almost one-to-one basis, cared about what they say and do, being understood. But they are suddenly thrown into a big group. Without having their parents or guardians around, they get very scared when the teacher, the person in power, are strict to them.

Not only does a child get scared because the teacher is strict to him/her, but s/he also get frightened seeing others being scolded or punished, sent to a dark room, for example. There are so many children who refuse to go to school because s/he is frightened after seeing others having a bad time.

When I was in charge of a psychological consultation room at a local hospital, there were many children who visited me in autumn suffering from autointoxication. Autumn is traditionally the season for Sport’s Day in schools, kindergartens and nurseries, and children are made to practice a lot for the events. Teachers sometimes scold and scare children through microphones so loudly that neighbors make phone calls to complain about the noise. Children sense that teachers are much stricter than in the usual days, and some end up suffering from autointoxication, asthma and atopic dermatitis.

Also, there are many children who come to me around the Golden Week, the Japanese holiday from the end of April to beginning of May. It is a while after they have a new homeroom teacher with the academic year beginning in April. In addition to “headaches” and “tummy pains”, some say that they “don’t feel well”, or feel “nauseous and dizzy”. This is called orthostatic disturbance/dysregulation (OD). They are scared to go to school; they don’t feel like going to school when they wake up in the morning. Their mind and body are not ready even if they wake up, and their blood pressure does not go up. When they get up or stand up, the blood pressure cannot be regulated and suddenly falls.

Scared to go to school or kindergarten. Even if s/he does go, s/he is not able to move freely. When s/he is frightened of teachers, it makes him/her think too much not to be scolded, ending up being rigid. These kids come to me season to season, such as after the Golden Week holiday, after the summer holiday, during the Sport’s Day and Culture Festival season, at Christmas and the end of the year.

Sleep gets unstable when feeling stressed to go to school

A child who finds it hard to go to kindergarten, nursery or school when s/he wakes up, would not be able to get to sleep at night. Even if s/he gets to sleep, s/he would start crying at night. After getting to sleep and about an hour and a half later, which is the sleep rhythm, s/he would start to cry and would continue crying no matter how the parent(s) try to soothe him/her.

S/he won’t go to sleep because s/he is going to have a scary dream. What kind of dreams? For example, kanji, the Chinese characters would jump out from the blackboard forming big balls like snowmen, rolling towards and squashing him/her. Or the numbers on the blackboard move to form fish, get bigger and bigger to eventually eat him/her. Children have such kinds of nightmares. Also they have night terror. They jump up at night tremendously frightened. Moreover, there are many children who start to wet their beds.

As you can see, when a child is suffering it begins to show up in his/her sleep. But parents often don’t realize that something might have happened in school, kindergarten or nursery. They would just struggle hard to make children go to bed early because staying up is not good for them as a daily habit. Children would feel their problems are not understood and become unstable.

A child goes on a strike

When a child has difficulty getting to sleep at night, s/he won’t be able to get up in the morning. The reason s/he can’t get up is because s/he went to sleep late the previous night, rather than not wanting to go to nursery, kindergarten or school. Even if s/he is finally woken up, s/he wouldn’t come out of the bed. Or wouldn’t get dressed. If s/he washes his/her face or go to the toilet, it would mean that s/he is going to kindergarten or nursery. So, the child goes on strike.

S/he won’t get dressed, won’t wash his/her face, won’t go to the toilet, or stays in the toilet and won’t come out.

Each step from getting up to going out to the kindergarten or nursery would be delayed. The child would resist at each step. To the mother, it would feel like all the life habits she has taught her child are crumbling one after another. It would make her feel that she needs to teach the child again, and would do it very strictly. That would hurt the child because s/he would feel that no one understands him/her. S/he would cry, grumble and be rebellious.

Habit of sucking thumb and biting nails would show up

Also, s/he would start to suck his/her thumb and bite his/her nails out of nervousness. If s/he is overstrained to the limit, tic disorders may follow. Many of the children who came for consultation had actually stopped going to kindergarten or nursery after experiencing tic disorders.

“My child does this and that. My child does go to the kindergarten/nursery. S/he grumbles and cries but s/he manages to go if I sent him/her.” There are many cases like this. But parents do not realize that this is the beginning of refusal to go to kindergarten, nursery, or school, truancy in other words.

The mother would look at her child as “a problematic child who has become rebellious, not following my discipline”. Her discipline would get one step stricter, and as result, the relationship between her and the child would be damaged. If you see such behaviors of a child in his/her daily life, you must watch out. At this point, you might better not try to coax the child to go to the school, kindergarten or nursery forcibly.